Known as “the pearl of   ’s higher education in light industry”, Jiangnan  University is a national key “211 Project” university and is selected into “First-Class Discipline Project”, falling under the Ministry of Education. Its roots stretch back to 1902 when its predecessor, San Jiang Normal School, began its first term. In 1958, Jiangnan University began its independent existence as Wuxi Institute of Light Industry, which later merged with two other colleges in 2001, and was renamed as Jiangnan University by the Ministry of Education. Today Jiangnan University is widely recognized as a leading institution for its scientific research, as well as the quality of education and service to the community it provides. 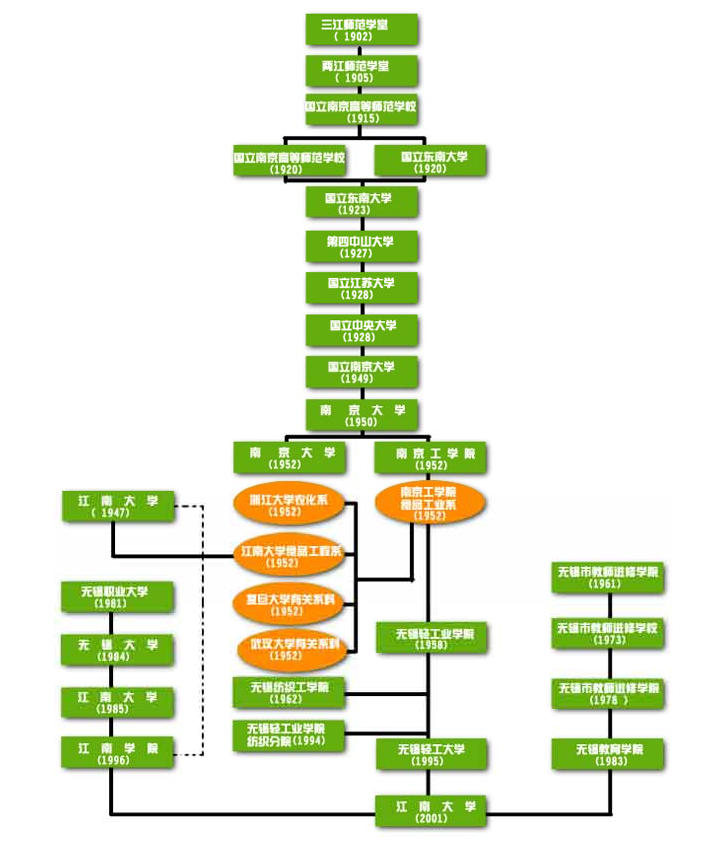